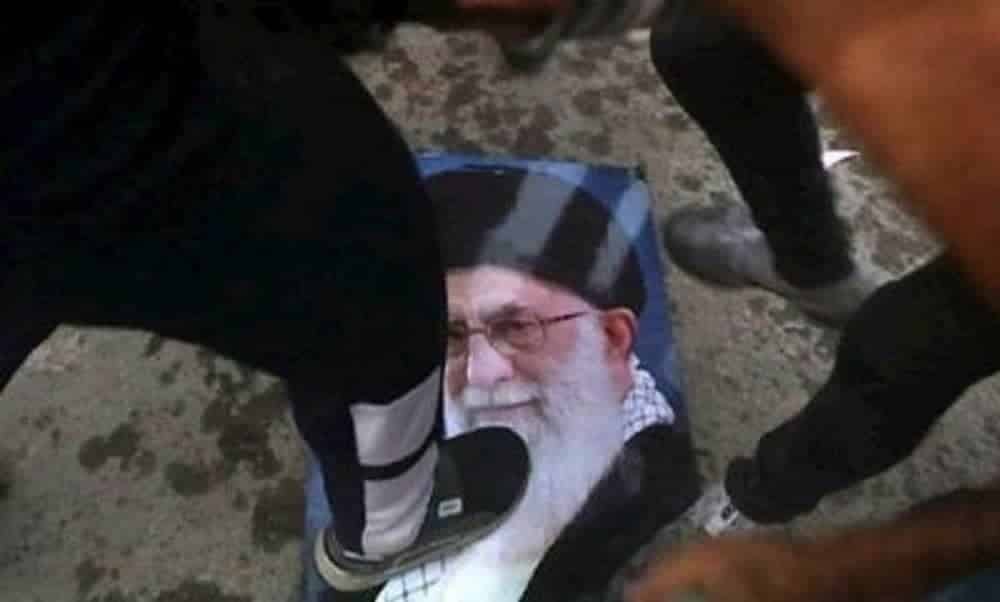 Last month, the Iranian regime’s Guardian Council announced the final list of candidates for the June 18 sham presidential election. Although nearly 600 individuals had registered with the Interior Ministry, only seven were ultimately approved by the 12-member body that is tasked with vetting candidates to assure that they align with the will of the regime’s supreme leader.

Notably, the regime’s Supreme Leader Ali Khamenei promptly endorsed the Council’s decision, which left his favored candidate, Ebrahim Raisi, competing against six relatively minor figures. Since then, it has been generally understood that Raisi will be the next President of the regime. But in a speech on Friday, Khamenei said some of the disqualified candidates had been treated unfairly. “Some candidates were wronged. They were accused of untrue things that were unfortunately spread throughout the internet too. Protecting people’s honor is one of the most important issues. I call on the responsible bodies to restore their honor,” he said in a televised speech, referring to former parliament speaker Ali Larijani.

Inside and outside of Iran, some were quick to conclude that this is a call for Larijani’s reinstatement by the Guardian Council. Still, the Council issued a statement reconfirming the final list of candidates.

Why Khamenei made such remarks?

Khamenei finds himself increasingly weak and vulnerable in the wake of a widespread boycott of the election and looming uprisings. In a bit to retain the loyalty of his closest allies who were disqualified by the Guardian Council, specifically Ali Larijani, Khamenei made this remark suggesting that rumors about them and their family members were unwarranted.

In the weeks before the final ballot announcement was due, Khamenei had made no secret of his preference for Raisi to become the next President. This preference had arguably been clear since 2019 when he appointed the notorious hanging judge as judiciary chief.

Prior to taking over the judiciary, Raisi spent years overseeing the so-called religious foundation known as Astan-e Quds Razavi, which retains vast financial resources and often directs them toward promoting terrorism and spreading propaganda throughout the surrounding region and the world. This posting, too, was the product of Khamenei’s direct appointment. In fact, Raisi has never held an elected position during his career but has ascended through the ranks of the regime as an ongoing reward for his role in crushing dissent and reinforcing the theocratic system’s power structure.

In 1988, Raisi served on the Tehran “death commission” that was responsible for the execution of thousands of political prisoners, most of whom were members of the leading pro-democracy opposition, the People’s Mojahedin Organization of Iran (PMOI/MEK).

Nationwide, that massacre is believed to have claimed over 30,000 lives, and Raisi arguably bears responsibility for the vast majority of them, as well as for continuing to promote the same brutal methods throughout the subsequent three decades.

Similar brutality has certainly defined his tenure as judiciary chief, especially given that it coincided with an upsurge in popular unrest and explicit calls for a wholesale change of government in Tehran. In January 2018, Supreme Leader Khamenei begrudgingly acknowledged the role played by the MEK in facilitating a nationwide uprising that encompassed more than 100 cities and towns. In November 2019, a similar uprising broke out even more spontaneously and on an even larger scale, prompting authorities to open fire on crowds of protesters and perform mass arrests. About 1,500 people were killed in a matter of days, and Raisi’s judiciary oversaw months of systematic torture, as detailed in an Amnesty International report published the following year.

The regime’s commitment to violent repression can be understood as both the cause and the consequence of Raisi being selected as an instrument of Khamenei’s effort to consolidate hardline power. His demonstrated loyalty to the supreme leadership left no doubt about his being approved by the Guardian Council. And the apparent definitiveness of that approval led the MEK to warn of a pending escalation of the regime’s repressive activities following Raisi’s electoral “victory.”

The MEK has been advocating for a mass boycott of the June 18 election. The MEK’s “Resistance Units” have staged demonstrations and posted messages in hundreds of public spaces across the country, often accompanied by images of NCRI’s president-elect Mrs. Maryam Rajavi and urging the people to sit out the election as a means of “voting for regime change.”

A similar boycott effort already proved wildly successful during the parliamentary elections of February 2020, and in recent weeks even Iranian state media outlets have been warning that voter turnout could be as low as 25 percent.

In the wake of these activities, various groups of protesters have explicitly endorsed the boycott movement and even signaled that they intend to never vote in elections under the current system again. Widespread follow-through on this promise would be disastrous for the Iranian regime, which despite relying heavily on the violent suppression of dissent, has always held up its sham elections as a sign of democratic legitimacy.

This bit of propaganda has most likely helped to hold Western pressures at bay by convincing some policymakers that internal reform of the Iranian regime is possible. This narrative would certainly fall apart in the aftermath of an election in which nobody voted, and no viable candidates appeared on the ballot apart from the notorious human rights abuser who had been hand-picked by the supreme leader.