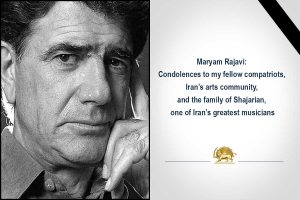 MARYAM RAJAVI: CONDOLENCES TO MY FELLOW COMPATRIOTS, IRAN’S ARTS COMMUNITY, AND THE FAMILY OF SHAJARIAN, ONE OF IRAN’S GREATEST MUSICIANS

Mohammad Reza Shajarian, one of the most renowned masters of traditional Persian music and songs, passed away after a long bout with illness.
My condolences to the Iranian people, to Iran’s arts community, and to Mr. Shajarian’s family and friends on the passing of one of Iran’s greatest artists. Shajarian’s brilliant work and record are everlasting and among the most precious treasures of our national art.

Since the early 1970s, Shajarian was among the artists who invented new methods in music and used his inherent creativity and talents to transform Iran’s authentic music and vocal sounds through his performances, while preserving its core principles and foundations.

The mullahs who oppose all forms of art and cannot tolerate any other voices reacted vindictively against Shajarian by prohibiting him from performing concerts. They also removed his famous Ramadan prayers from state-run radio and television.

My condolences to the people of #Iran, the community of artists, and #Shajarian’s friends and family on the passing of one of Iran’s greatest musicians. No doubt, his works and brilliant artistic record will last forever in the precious treasure of Iran’s national art and music. pic.twitter.com/efEVVWG9Wp

People gathering in memory of legendary Iranian artist Mohammad Reza Shajarian launch anti-regime protests.
“State media is a disgrace!”
“Down with the dictator!”

“State media is a disgrace!”
“Down with the dictator!”#IranProtestspic.twitter.com/GB7QfCCYpI

Ongoing crimes against humanity in Iran at the hands of the ruling mullahs’ regime should be condemned by the international community and the European Union should live up to its political and moral obligations. This was the call made by a long list of Members of the European Parliament at an online event on Wednesday, October 7, 2020.

The Staggering Number of Corona Victims in 450 Cities of the Country Is More Than 117,900 People 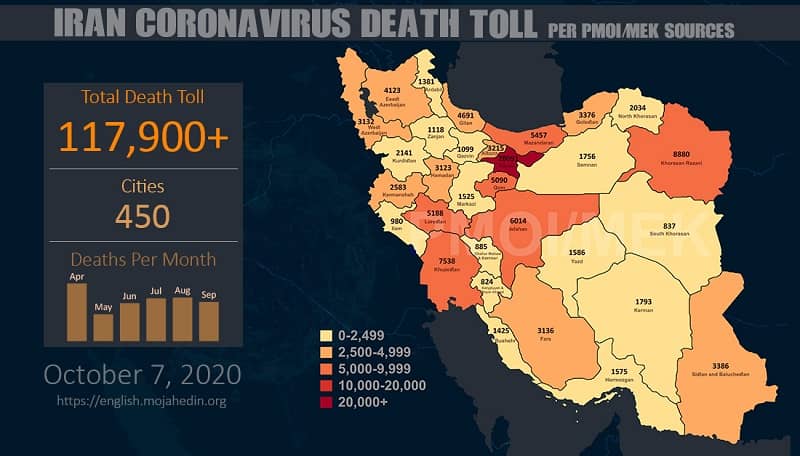 For more than four decades, the people of Iran have seen hollow promises and baseless claims from officials rather than practical and effective steps to resolve the country’s dilemmas. The government’s policies have only resulted in more pressures and obstacles that have worsened the living and working conditions of the people. However, the rulers continue their lies despite their humiliating scandals.

According to collected reports by sources affiliated with the Iranian Resistance, September Iran protests amounted to 358 recorded protests in 87 cities, with an average of 12 protests a day.

There was an increase in the number of protests compared to August when 331 protests were recorded. Iranians protested in September to express their economic grievances and demand their unpaid wages.

#Iran -Tehran wall graffiti:
"Dying a hero like #NavidAfkari is better than dying from hunger – We will not be disgraced."

People from all walks of life across #Iran are continuing to hold protest rallies as the ruling regime continues to grip both domestic and international dilemmas.#IranProtestshttps://t.co/w0GF5pcWSz

Iran’s Coronavirus Crisis: After 117,000 Deaths the Real Catastrophe Is Yet To Come 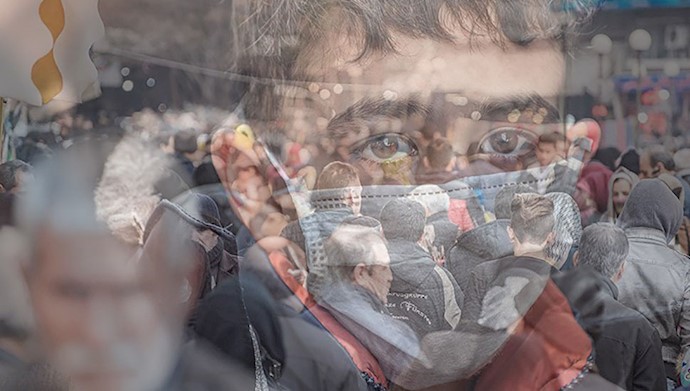 After months of cover-up and deliberate inaction, the COVID-19 crisis in Iran has reached a point where even the regime’s officials and state media are compelled to admit to some extents of the crisis. The rising death toll indicates a much larger looming catastrophe.

Security forces are parading & beating these men on the streets of Tehran to crush their dignity.
Humiliating people by parading them around cities & towns is a known practice of Security Force in #Iran. This contradicts all #HumanRights conventions, and violates human dignity. pic.twitter.com/zPfmDUhCLP

Iran’s Economic Collapse, the Mullahs Try To Cover It Up 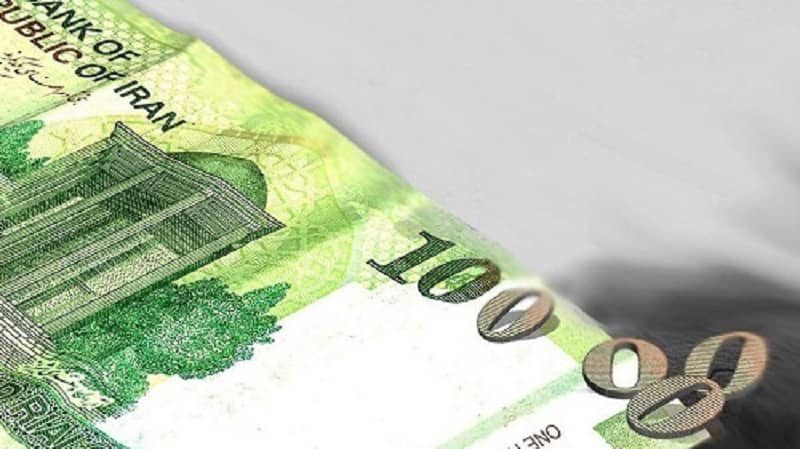 In recent days, the Iranian regime’s officials talk of an “economic miracle,” or “breakthrough.” All the while, people are grappling with poverty, and state media acknowledge Iran’s economic collapse.

Thursday, October 8, 2020, marks the 327th day since the beginning of the nationwide Iran protests.

Previous articleThe Staggering Number of Corona Victims in 450 Cities of the Country Is More Than 117,900 People
Next articleIran: Defiant Youths Targeted the Headquarters of the Regional IRGC Basij Center and the General Intelligence Directorate of Isfahan

THE CONTENT OF THIS PAGE WILL BE UPDATED WITH THE LATEST NEWS UPDATE: 9:00 AM CET Online Conference - European Dignitaries Comment on Europe's Iran Policy,...
Read more
Iran News Now