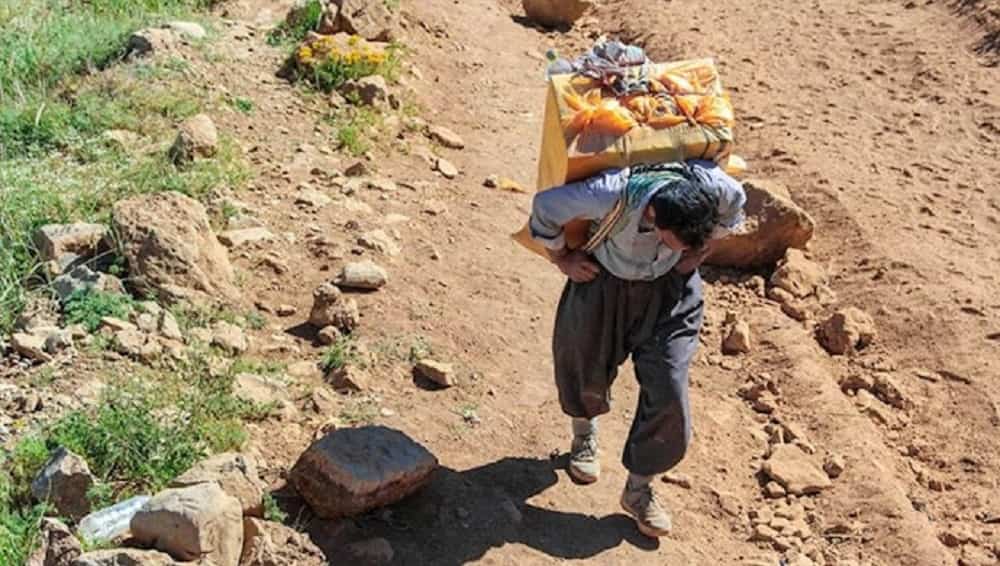 A freight carrier was killed by security forces at the border in Baneh region. The name of the victim was Mohammad-Amin Ghaderi, the son of Saleh, married and the father of a child, who was shot in the heart. (HRANA, Thursday, September 16)
Earlier, on the evening of September 13, a hard-working Kurdish compatriot named Rasoul Karimi, 32, from Baneh, was killed by the criminal forces of the regime’s border regiment while he was cultivating in the suburbs. 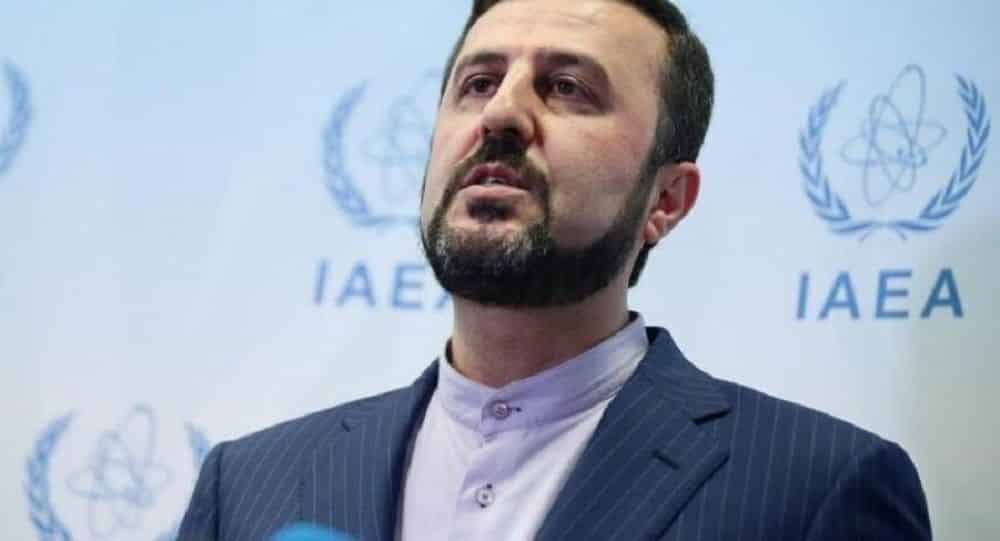 Expressing concerns over the IAEA Director-General statements after his visit to Iran, Kazem Gharibabadi, the regime’s representative in the International Atomic Energy Agency, said: “The agency continues to say that Iran has not yet provided an explanation. Apparently, it is the agency’s wrong practice that every time we approach the ending of an issue, it raises new questions to deal with an endless process. The agency must refrain from political games and its unprofessionalism and it must be careful in its statements and writings.” 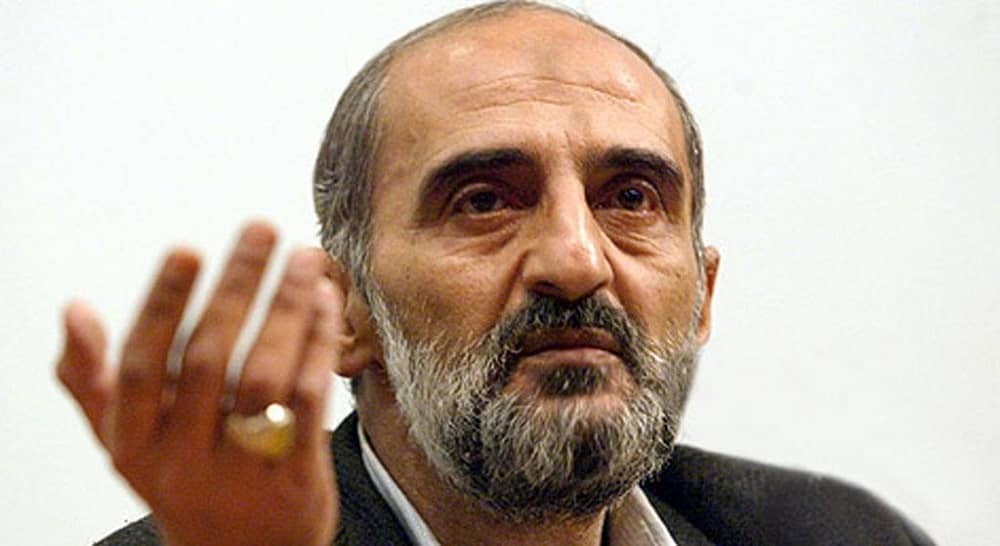 Hossein Shariatmadari, the editor in chief of Kayhan newspaper called for the regime to leave the NPT in an editorial piece today.

The daily, which reflects the views of Ali Khamenei, the supreme leader wrote: “As we said it before in Kayhan: as the basis of the conspiracy against the Islamic Republic of Iran is being under the NPT, the only solution and the wisest action is the withdrawal of the Islamic Republic of Iran from the NPT. The slightest doubt about the need to withdraw from this treaty will be to provoke the sedition of the United States and Europe and to provide the ground for great and irreparable damage in the not-too-distant future. Over time, it’s been proven that the prediction of Kayhan was completely true.”

“We urge Iran to resume full implementation, including all the transparency measures of which the Additional Protocol is a part of,” the Danish envoy said in a speech to the Board of Governors on September 15.

The Danish envoy added: “We are deeply concerned about Iran’s sensitive, significant and provocative nuclear activities in violation of the JCPOA, as well as its decision to suspend its obligations concerning the International Atomic Energy Agency (IAEA) monitoring. As this report clearly shows, these developments have seriously jeopardized the Agency’s proliferation interests as well as its effective monitoring and verification at critical times.” 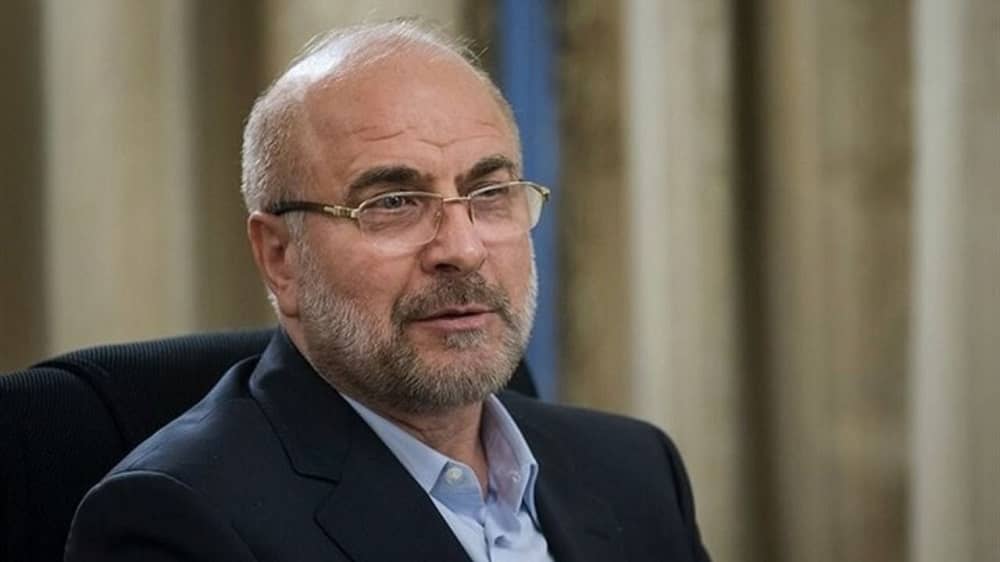 Mohammad Bagher Ghalibaf, the parliament’s speaker acknowledged the multiple crises the regime is facing and put a desperate mood on display. According to Tasnim News Agency, Ghalibaf said: “Unfortunately, wherever we go in this country, we have an imbalance in recruitment, with the concentration of power, the pension funds, the imbalance between authority and responsibility, and the imbalance where we have $110 billion in revenue, but inflation is in double digits.”

He added: “We’re at a point where there is no indication of decision making or management in the country. When we sit down in meetings, we raise so many issues that no one knows where the solution might be.”

Criticizing the method that the biggest decisions are being made based on the least amount of data, he said: “This is just adding more crises to the country every day.” 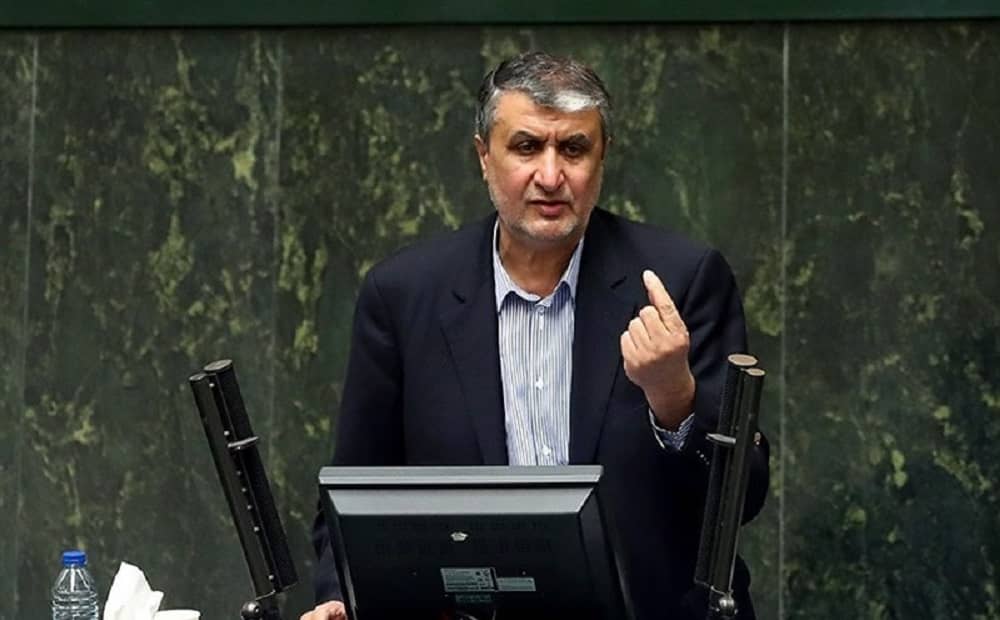 Mohammad Eslami, head of the Iranian regime Atomic Energy Organization (AEOI), ensured the regime’s parliament on Wednesday, that he won’t supersede their law by over-cooperating with the IAEA.

Responding to the regime’s parliamentarians about his meeting with Rafael Grossi, the IAEA chief, during his visit in Tehran, Eslami said: “Our nuclear activities should not be accused of secrecy because our sworn enemies are against the progress of the country.”

Explaining the regime’s manipulation of the UN watchdog’s monitoring efforts, Eslami told MPs: “In addition to obligations that the NPT had brought upon Iran to become more transparent, a number of cameras were installed under the JCPOA, but since the other parties (P5+1) did not fulfill their obligations, those cameras no longer needed to exist”.

Referring to why the regime gave in to Rafael Grossi’s visit, despite the previous rhetoric and critique of the IAEA’s reports, the head of AEOI argued: “A number of these cameras were damaged and this led to two extremely harsh and destructive reports (by Rafael Grossi). In order to clear up the ambiguity and clarify, a meeting was held with the Director-General.”

Eslami ensured the regime’s parliament: “There are no ambiguities about Iran’s peaceful nuclear program for the IAEA, and we will not continue those commitments under the JCPOA which are contradicting the parliamentary law.”

Khaloo Mirza Hosseinpanahi, the father of political prisoner Ramin Hosseinpanahi, passed away on Wednesday, September 15, 2021. Ramin was executed on September 8, 2018 by the Iranian regime’s judiciary. Hossein Panahi’s family announced in a statement that the body of Ramin’s father will be returned to his hometown from Tohid Hospital in Sanandaj today.

But the regime’s security forces tried to intervene and bury Khaloo Mirza’s body at an unknown place to prevent the ceremony or the grave doesn’t become a place of public gathering and a potential organization for political dissent.

Iran: The Staggering Coronavirus Death Toll Is Above 424,900 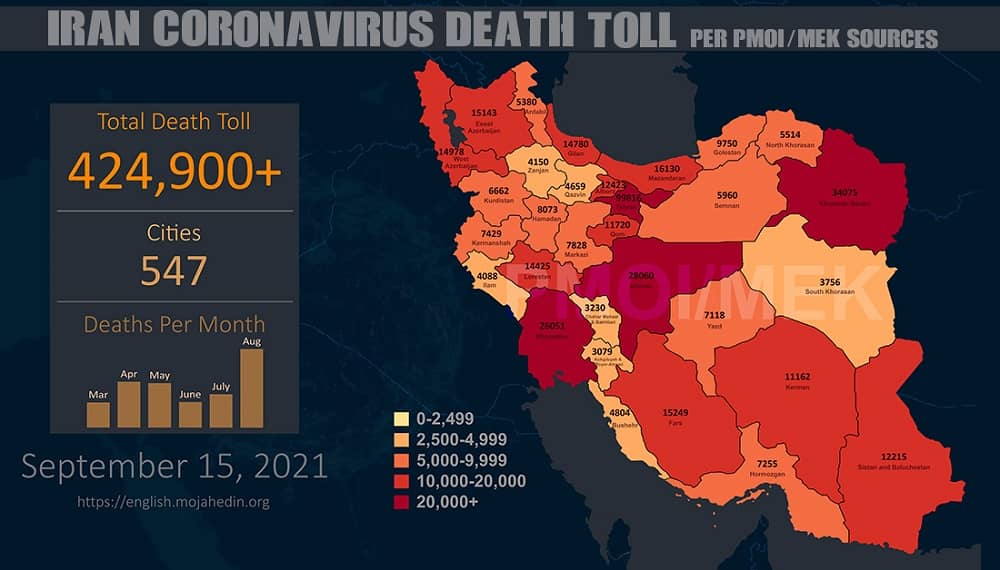 More than 424,900 people have died of the novel #coronavirus in 547 cities checkered across all of Iran's 31 provinces, according to the Iranian opposition PMOI/MEK. 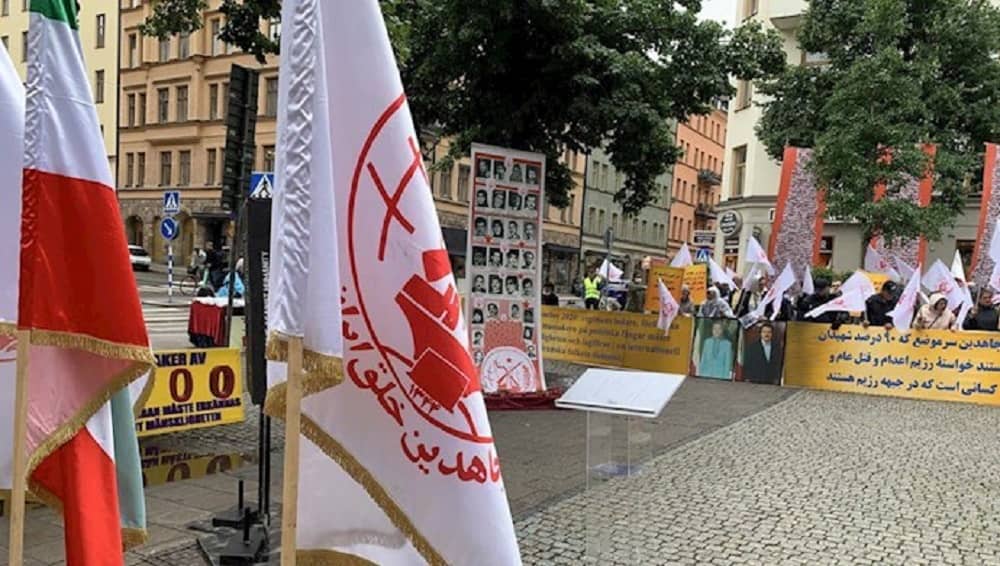 A Swedish court convened on Tuesday to hold the fifteenth session of the trial of Hamid Nouri, an Iranian regime official who has played an active role in torturing Iranian political prisoners in the 1980s. As one of the authorities of Gohardasht Prison (Karaj), Nouri is now standing trial in a court where many of his victims are giving harrowing testimonies of how he and other regime officials brutally tortured prisoners. Nouri was arrested in 2019 after arriving in Stockholm on a commercial flight from Iran. Among his crimes is taking part in what has become known as the “1988 massacre,” the swift and brutal execution of more than 30,000 political prisoners, mostly MEK members and supporters, in the summer of 1988. 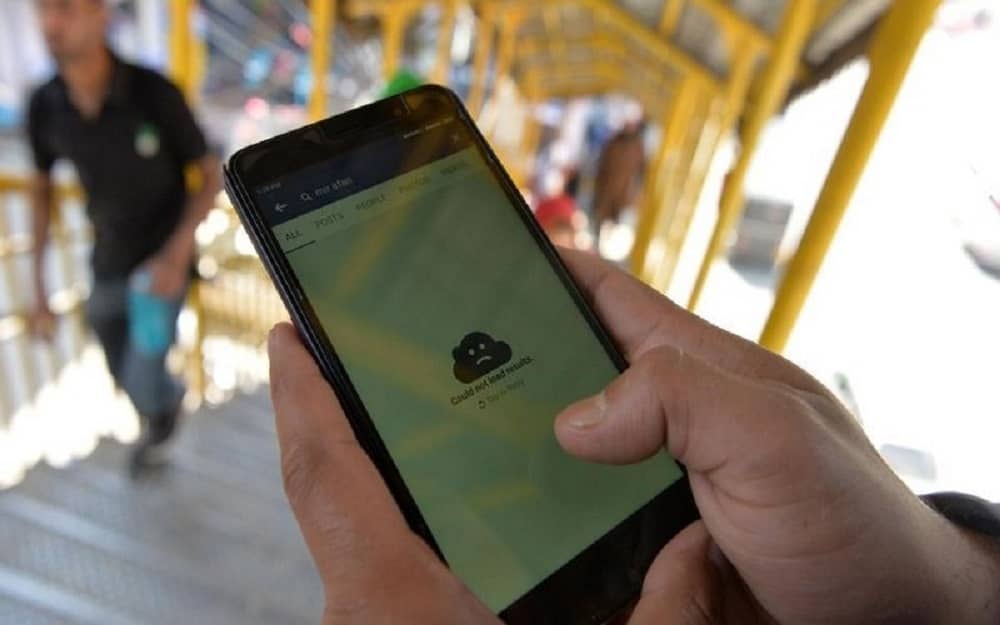 The plan called ‘protection of the internet users’ has been become one of the main subjects mentioned by Iran’s state media. There are concerns by the people that the government would immediately implement it in silence if there were no noise about it in the media. Therefore, it is worth speaking and write about this subject frequently, to keep the pressure on the Iranian regime, to prevent it from the repression of the people’s last hope. 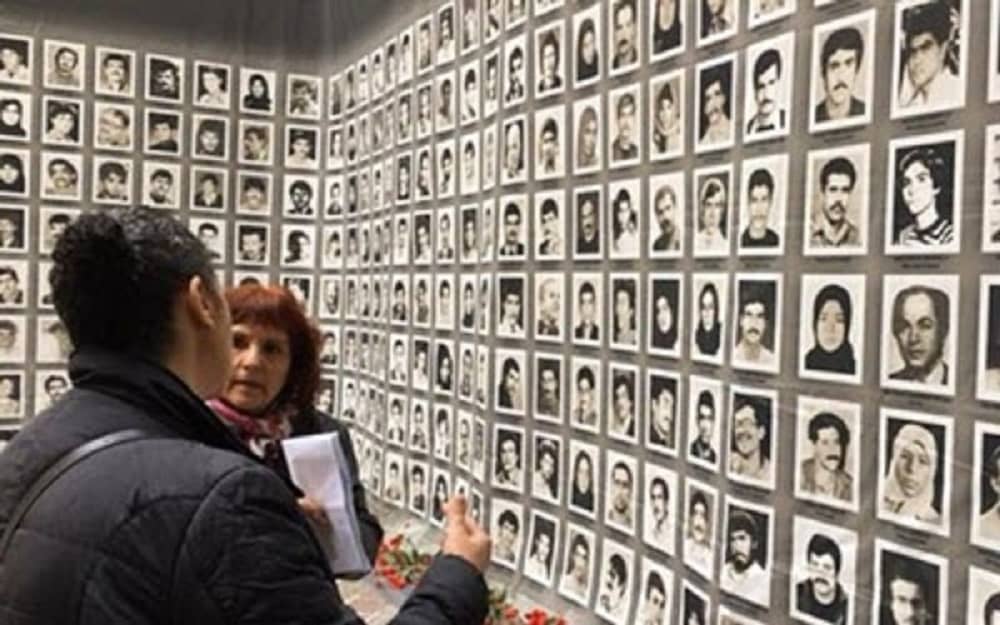 Defense lawyer Farzaneh Zilabi sentenced to one year in prison 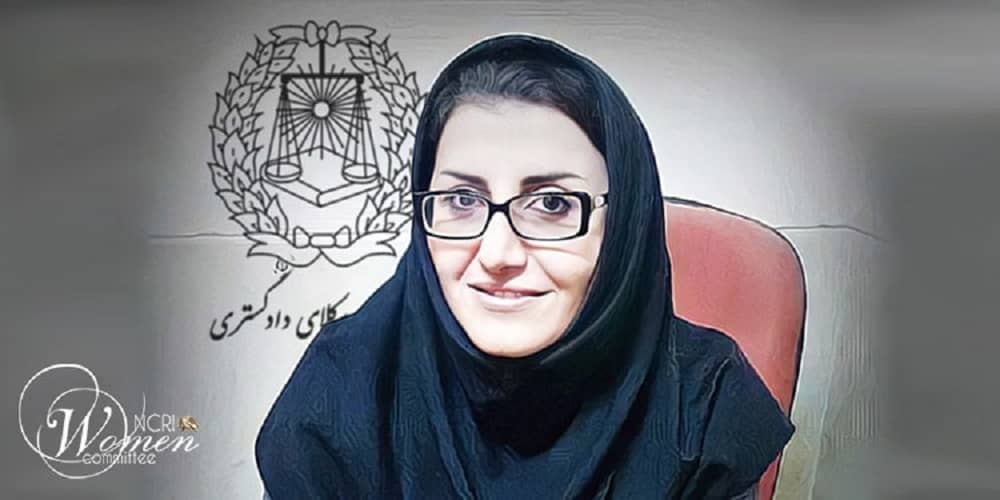 The Revolutionary Court of Ahvaz sentenced defense lawyer Farzaneh Zilabi to one year in prison. The court also deprived her of traveling abroad for two years. Ms. Zilabi was exonerated of charges of “assembly and collusion against the state” and “disseminating lies against and insulting the [mullahs’] leader.” But the Revolutionary Court of Ahvaz convicted her of “propaganda against the State” and sentenced her to one year in prison and a two-year ban on traveling abroad.

Previous articleIran: The Staggering Coronavirus Death Toll Is Above 424,900
Next articleIran’s Corrupted Parliament Speaker Admits the Regime Is in a Deadlock