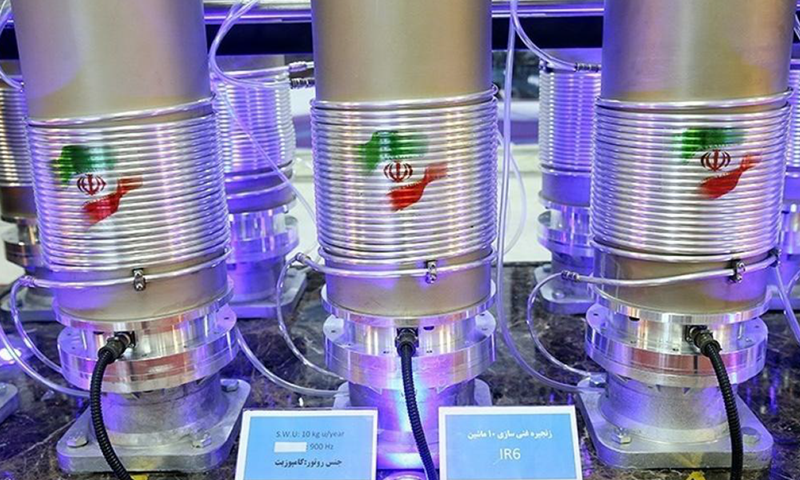 Before the International Atomic Energy Agency’s 35-member Board of Governors convened for its quarterly meeting, the United Kingdom, France, and Germany began expressing “deep concern” over the Iranian regime’s refusal to provide clear answers about three undeclared sites where uranium particles have been found.

On Tuesday, the National Council of Resistance of Iran (NCRI) hosted a virtual press conference to provide additional information about one of those sites, located in the city of Abadeh in Fars Province, where a key figure in Iran’s nuclear weapons program oversaw a project known as Marivan. Speaking on behalf of the NCRI’s Foreign Affairs Committee, the conference’s host Ali Safavi portrayed the latest revelations as part of a larger body of evidence pointing to systematic Iranian deceptions that only intensified after the signing of the 2015 nuclear deal.

Accordingly, the conference also served as an outlet for renewed criticism of those policymakers and commentators who continue to promote that agreement even as the IAEA discusses whether to censure Iran for violations. Safavi was joined in that effort by Struan Stevenson, who once represented Scotland as a Member of the European Parliament and now works with multiple NGOs focused on Iranian affairs, as well as Robert Joseph, a former US official in both the National Security Council and the State Department.

Both men cautioned against their own governments doing business with Iran or legitimizing it in the wake of increased nuclear activity, concealment of the Abadeh site, and efforts to curtail the IAEA’s mission of monitoring the regime’s compliance with the nuclear deal, or Joint Comprehensive Plan of Action. Stevenson also called attention to a host of other malign behaviors and “acts of aggression” by the Iranian regime, including a 2018 terror plot for which a high-ranking Iranian diplomat was sentenced to 20 years in prison last month.

Stevenson specifically condemned Josep Borrell, the European Union’s head of foreign policy, noting that he “hasn’t uttered a single word of criticism” for the plot, which aimed to detonate an explosive device at an international gathering organized by the NCRI just outside Paris.

Late last year, the Iranian regime’s parliament passed a bill that mandated provocative steps including an end to the implementation of the Nuclear Non-Proliferation Treaty’s Additional Protocol unless US sanctions were suspended by February. Now that the specified deadline has expired, the regime has halted recognition of the IAEA’s right of access to specified nuclear sites. But the regime and the UN agency have reportedly adopted another temporary agreement that allows for quick re-implementation of the Additional Protocol if JCPOA disputes are resolved in the future. Tehran is now threatening to pull out of even that agreement if the IAEA levies formal criticism against the regime.

Of course, that criticism carries little weight in and of itself. It merely represents acknowledgment that Iran is at fault for the current situation. Therefore, the regime stands to gain very little practical benefit from obstructing its adoption. The threat of ceasing compliance with the IAEA is better understood as the regime’s latest effort to test the limits of their ability to strong-arm foreign adversaries into providing concessions. And as such, it is vital that the international community withhold those concessions and send a clear message that Iran is not in charge of the current situation.

Tuesday’s press conference emphasized that this has regrettably not been the approach that Western authorities have taken up to this point. “Quite frankly,” said Ali Safavi, “we believe it is naïve to think that by providing concessions and by overlooking the regime’s violations even of the JCPOA it will change its behavior. And ultimately we feel that in order for the world to be rid of the nuclear threat as well as the terrorism threat [what is needed] is democratic regime change by the organized Resistance and the people of Iran.”

Safavi’s guests echoed this sentiment without strictly demanding that Western policymakers adopt the same conviction regarding the prospect of regime change. Instead, they focused on highlighting the flawed thinking of those like Borrell who have continued to push for closer business relations between Iran and the West, even as details have emerged about the regime’s nuclear ambitions and deceptive tactics it has employed in an effort to conceal those ambitions.

Somewhat ironically, even though Tehran continues to stonewall the IAEA in its efforts to obtain a full account of past nuclear activities at Abadeh and other sites, certain Iranian officials have become uncommonly forthright about more recent activities during the period when the JCPOA has been on life support.

Just last month, Iran’s Intelligence Minister Mahmoud Alavi simultaneously repeated and undermined a common narrative regarding Iran’s supposed aversion to nuclear weapons. Alavi noted that Supreme Leader Ali Khamenei once issued a fatwa stating that such weapons were contrary to Islam, but he went on to suggest that Iran might obtain nuclear weapons capability all the same and that in that case, “Those who pushed Iran in that direction will be to blame.”

The Intelligence Minister’s remarks clearly evoke the regime’s strategy of using threats in an effort to convince world leaders that they can preserve their own interests by giving the regime what it wants. At the same time, those remarks corroborate a point that has frequently been repeated by the NCRI, that Khamenei’s fatwa is non-binding, could be revoked as easily as it was issued, and was in fact intended to create space for the regime to shorten its nuclear breakout period while convincing some Western policymakers that there was no real danger of such breakout.

The IAEA Board of Governors meeting now raises the question of whether international community’s dangerous ignorance pattern will continue, or whether there will be broader international recognition of Iran’s longstanding efforts to deceive the world.

The extent of those efforts is underlined by the discovery of three more undisclosed nuclear sites. But the knowledge of those sites does not necessarily give the IAEA or the European signatories of the JCPOA the courage they need to abandon their own naivety and adopt a strategy that exerts pressure on Iran in lieu of offering concessions in exchange for false promises. But as Robert Joseph said in Tuesday’s conference, “If you allow yourself to be blackmailed, you will only have more blackmail in the future, and another fatally flawed agreement.”

Previous articleIran Deserves Much Farther-Reaching Nuclear Censure Than It Is Likely To Get
Next articleIran: Coronavirus Death Toll in 497 Cities Exceeds 226,000