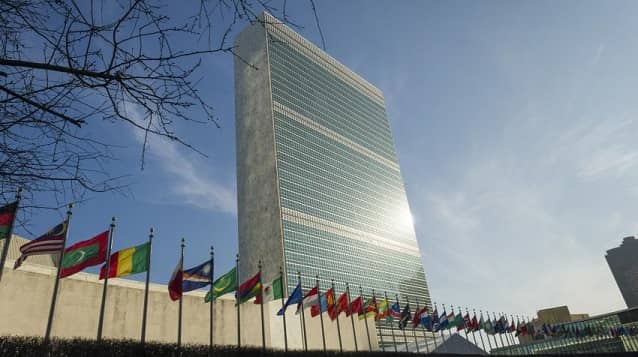 Tehran’s most recent case of human rights violations was the execution of Ruhollah Zam, a European resident. Zam’s execution was just one example of the regime’s brutality and total defiance of international regulations.

In September, the regime hanged Iranian national wrestling champion, Navid Afkari, despite global outcries. Navid was forced under torture to give a false confession and later executed based on this confession.

Besides Navid, the regime’s forces killed over 1500 protesters during the major Iran protests in November 2019. When people protested the economic crisis, the security forces responded with bullets. In a report, “Trampling Humanity,” published in September, Amnesty International revealed shocking accounts of torture and mistreatment in Iranian prisons against dissidents, particularly thousands arrested during the uprising.

“Many of those detained during the protests said interrogators repeatedly asserted that they could kill them or do whatever they wished to them, generating a fear of execution. According to information gathered by Amnesty International from primary sources, officials belonging to the intelligence unit of the Revolutionary Guards subjected at least two detainees to mock executions in a detention centre in Tehran province. The torture involved blindfolding the victim and subjecting them to mock hanging as well as holding an unloaded gun to their head and firing blanks,” read the report.

Amnesty called for an international independent investigation. Yet, as before, the international community failed to take such a necessary step.

The world community’s failure to investigate crimes against humanity in Iran dates back to 1988 when the regime committed its worst crime.

In the summer of 1988, over 30,000 political prisoners were executed in a matter of months. Most of these prisoners were supporters and members of Iran’s leading opposition group, the People’s Mojahedin Organization of Iran (PMOI, Mujahedin-e Khalq or MEK).

In September, seven United Nations human rights experts wrote a letter to the mullahs’ regime demanding answers over the 1988 massacre. The content of the letter became public last week.

The letter also highlights the “systematic impunity enjoyed by those who ordered and carried out” the massacre. Of course, the regime will not prosecute its highest officials, like the Judiciary Chief, Ebrahim Raisi, for their role in the 1988 massacre. This is like asking an arsonist to put out the fire.

This “systematic impunity” is chiefly due to the international community’s failure to hold the regime to account for its crime.

Why does the regime continue human rights violation despite international condemnation?
Since its foundation, the mullahs’ regime found human rights violations as the only way to hold its grip on power because this regime is a medieval regime and is not in line with the Iranian people’s democratic aspirations, which led to the overthrow of the Shah’s dictatorship.

The international community’s lack of action in the face of gross human rights violations in Iran has also encouraged the regime to continue its crimes.

Contrary to the regime, the Iranian Resistance is the pioneer movement that has called for abolishing the death penalty in Iran. The Resistance’s international campaigns, such as holding protests, exhibitions, conferences, etc., have raised public awareness about Iran’s situation.

The regime’s goal of human rights violations, particularly executions, is to intimidate the public. But this method no longer works.

The campaign on social media, identified by the hashtag of “do not execute,” or #اعدام- نکنید in Persian, with millions of users promoting it, echoed the society’s desire. This campaign forced the regime to postpone the execution of three arrested protesters.

Unlike the 1980s, the regime has to consider the possible social backlash of each execution. Of course, the Iranian people will never accept the regime’s brutal methods. Now it is time for the international community to support the Iranian people’s desire of having a country without the death penalty. The executions should not become normal for the international community.

Refusing to hold this regime accountable for its human rights violations, particularly by the European countries, which have always preferred their economic interests over humanitarian values, will only encourage the regime.

Mrs. Maryam Rajavi, President-elect of the National Council of Resistance of Iran (NCRI), while welcoming the adoption of the 67th United Nations resolution, condemning the grave and systematic violation of human rights in Iran, said that the main perpetrators of the atrocities mentioned in this resolution are those who have been continuously involved in crimes against humanity during that past four decades, particularly the massacre of political prisoners in 1988, the brutal suppression of the November 2019 uprising that leftover 1,500 protesters killed, and 12,000 arrested.

While welcoming the adoption of the 67th UN resolution condemning #HumanRights violations in #Iran, I reiterate that the clerical regime’s leaders must face justice for 4 decades of crimes against humanity, and their immunity must end. #NoImpunity4Mullahshttps://t.co/rJ8mQGfNnI pic.twitter.com/sTDUbr0L0Z

The time has come for the international community, mainly European democracies, to honor their human rights commitments by taking firm action against the world’s top executioner per capita.

As Mrs. Rajavi said, “in a situation where the religious fascism ruling Iran does not pay the slightest attention to the UN General Assembly resolutions, it is time for the Iranian regime’s human rights dossier to be referred to the UN Security Council and the regime’s leaders to be held accountable for four decades of crimes against humanity.”