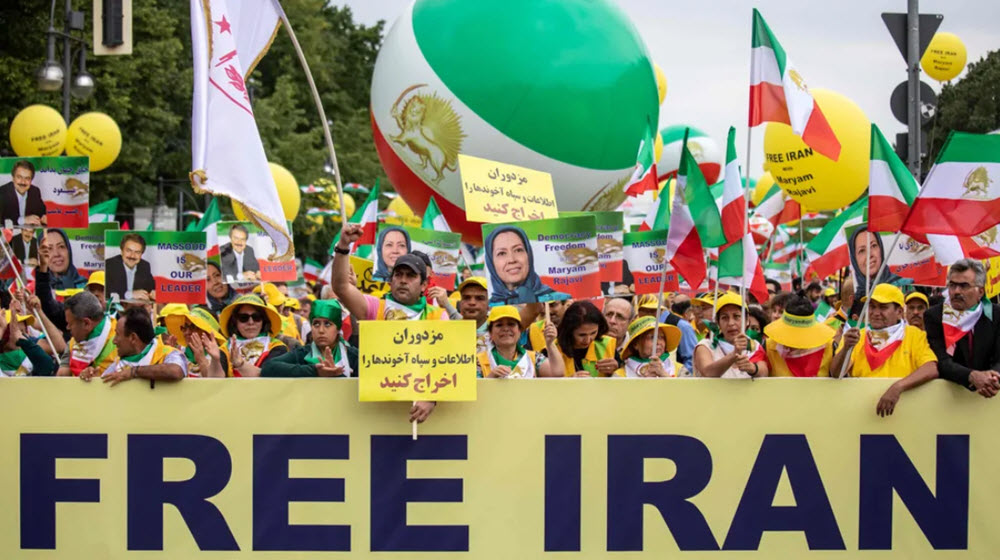 On June 18, the Iranian regime will hold its sham Presidential election, but all the signs show that the regime’s supreme leader has already selected Ebrahim Raisi, head of the Judiciary and a mass murderer to be the next president. The following month, the Iranian Resistance will host its annual gathering of Iranian expatriates and other advocates for regime change in Iran. The message of that gathering may prove to be even more relevant in the wake of the regime’s sham presidential election, which many observers anticipate will be boycotted by a large segment of the Iranian population, as a rebuke of establishment leaders and the entire theocratic system.

Inside Iran, that boycott is currently being promoted through graffiti and illegal public demonstrations by “Resistance Units” affiliated with the People’s Mojahedin Organization of Iran (PMOI/MEK). Similar activist groups helped to organize a boycott of the parliamentary elections in February of last year, resulting in the lowest voter turnout in the 40-year history of the regime. This served to reaffirm the public’s commitment to the message of regime change that was previously expressed in series of nationwide uprisings.

The continuity between those uprisings and the latest boycott campaign has led some Iranian officials and state media outlets to warn about the possibility of low voter turnout being a precursor to further unrest. Those predictions seem all the more prescient in light of the fact that recent weeks have seen an increase in the number and size of public demonstrations. This phenomenon was already beginning to emerge by the time of Iran’s New Year holiday, Nowruz, in March, when the NCRI’s President-elect Mrs. Maryam Rajavi highlighted clashes between citizens and authorities in Sistan and Baluchistan and cited them as evidence that “the fire of the uprisings is rising from the ashes of the coronavirus.”

statement referred to the fact that public protests had been comparatively small and disconnected over the previous year, after having clearly escalated from the end of 2017 through to the beginning of 2020. The apparent starting point was a protest in the city of Mashhad which initially focused on economic grievances but soon took on a broader political tone and also spread to other cities and towns across the Islamic Republic. By mid-January 2018, that movement had spread to well over 100 localities and had brought explicit calls for regime change into the mainstream.

The widespread embrace of slogans like “death to the dictator” prompted the regime’s Supreme Leader Ali Khamenei to publicly acknowledge that the protests had been led in large part by the MEK. But in so doing, Khamenei tacitly acknowledged the regime’s vulnerability to an organized Resistance movement. For the preceding three decades, since attempting to eliminate the MEK with a massacre of political prisoners in the summer of 1988, Iranian authorities insisted that the organization had little in the way of popular support or a high-level organizational structure. But with the MEK confirmed as the driving force behind the 2018 uprising, it became clearer than ever that the mullahs were facing a serious challenge to their hold on power.

Less than six months after the end of the uprising, Tehran attempted to compensate for the new signs of its own vulnerability by striking a blow against the MEK’s international support structure. In June 2018, European authorities disrupted a plot to set off explosives at that year’s NCRI gathering near Paris. The event was attended by hundreds of political dignitaries from throughout the world, including dozens of American and European lawmakers and scholars. The mastermind of Tehran’s terror plot, a high-ranking diplomat named Assadollah Assadi, had reportedly hand-delivered an explosive device to two operatives and instructed them to place it as close as possible to Maryam Rajavi, who delivered the keynote address and highlighted the MEK’s progress both before and after the January uprising.

Had the plot not been thwarted, it would have almost certainly resulted in hundreds of deaths, including those of some of the Western dignitaries. But despite – or perhaps because of – this confirmation that their support of the NCRI made them targets of Iranian terrorism, many of these same dignitaries now plan to attend the coalition’s forthcoming rally and to reaffirm their commitment to policies that may facilitate the Iranian people’s overthrow of the current regime, and their establishment of a democratic alternative.

Actual Western policies have unfortunately reflected a much different sentiment, often promoting the idea that “reformist” officials in the Islamic Republic could facilitate major changes, to the benefit of Western interests as well as the Iranian people. But this idea has not been borne out by any reformist electoral victories, and certainly not by that of the regime’s President Rouhani, whose eight-year administration coincided with an increase in Iran’s foreign paramilitary involvement, its rate of executions, and its crackdowns on political dissent.

The falsity of Rouhani’s reformist credentials was made especially clear in November 2019 when he neither raised a finger to stop nor uttered a word of protest against the systematic murder of 1,500 people who took part in that month’s nationwide uprising. The follow-up to the January 2018 protest movement was even more geographically and socially diverse than its predecessor, and the regime reacted with unity of purpose in working crush it immediately.

Rouhani’s complicity in that effort came as no surprise to close observers of Iranian affairs, including the Western participants in past and forthcoming NCRI gatherings. They were invariably cognizant of the fact that at the start of both his first and his second term in office, Rouhani chose as Justice Minister an individual who had directly participated in the 1988 massacre, which is believed to have killed around 30,000 political prisoners over just a few months. This alone was sufficient to convince many Iranians and Iranian expatriates that the “reformist” president would support any and all attacks upon advocates for real reform.

Then again, many of those same people have known this since long before Rouhani sought the presidency, and they have promoted boycotts of each Iranian election cycle as a result. It is no surprise that their efforts proved wildly successful last year, following the mass shooting of peaceful protesters in November 2019. And it will be no surprise next month if voter turnout in Iran’s presidential election reaches a new record low.

When that happens, it should serve as a wake-up call to those Western policymakers who are still clinging to the notion that there are substantial differences between a “hardline” and “reformist” faction within the Iranian establishment. Those policymakers must recognize the electoral boycott for what it is and for how it has been described by the Resistance Units currently urging the people to deny the system their vote. In public messages, those activists have said that refusal to vote is, in effect, a “vote for regime change.” And by encouraging the general population to endorse that goal once again, they are setting the stage for Iran’s democratic future to be discussed much more openly, with much more specificity about the role of Western policies, at the NCRI’s international rally for Iran Freedom in July.