Iran 1988 Massacre: Who is Mostafa Pourmohammadi? 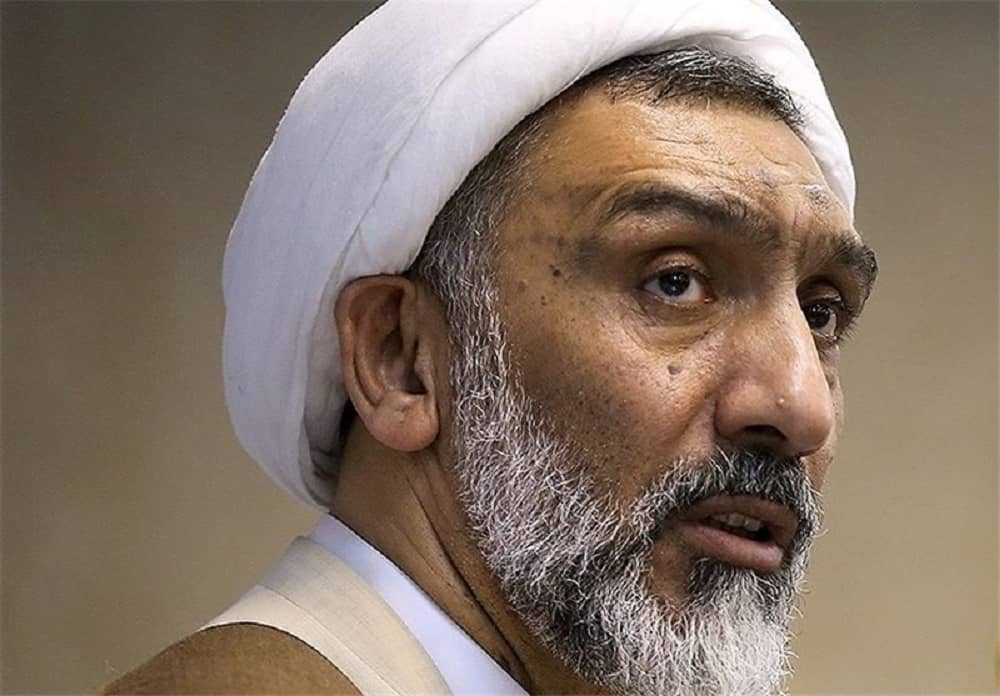 Pourmohammadi was born in Qom in 1959. He attended the seminary from an early age. Before Iran’s 1979 revolution he was a student at Haqqani school in Qom, where most of the regime’s top officials and clerics studied.

Months after the 1979 revolution, Pourmohammadi was dispatched to Khuzestan, southwest Iran, as the province’s “Prosecutor of the Revolutionary Court.” According to eyewitnesses, Mostafa Pourmohammadi sentenced more than 300 prisoners to death in Bandar Abbas Prison, including 16- and 17-year-olds. Pourmohammadi was only 20 years of age at that time.

Mostafa Pourmohammadi has held important judicial and security positions since the establishment of the Iranian regime, including:

• Prosecutor of the Revolutionary Courts in the provinces of Khuzestan, Hormozgan, and Khorasan from 1979 to 1986
• Prosecutor of the Revolutionary Courts in the west of the country from 1986 to 1987
• Advisor to the Minister of Information from 1987 to 1989
• Deputy Minister of Intelligence from 1989 to 1990
• Head of Foreign Affairs of the Ministry of Intelligence and Security (MOIS) from 1990 to 1997
• Head of Political and Social Affairs of the Supreme Leader since 2001
• Minister of Interior in Mahmoud Ahmadinejad’s administration from 2005-2008
• Head of the National Inspection Organization from August 2002 to May 2008
• Minister of Justice in Hassan Rouhani’s administration from August 2013 to August 2017
• Advisor to the Head of the Judiciary from 31 August 2017 until now 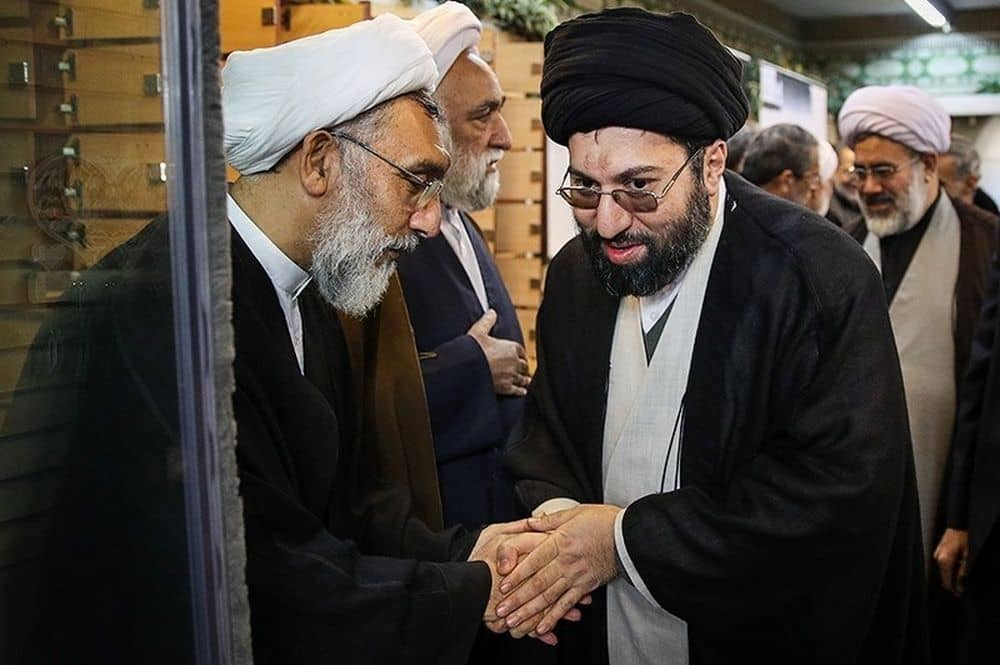 While acting as the prosecutor of the revolutionary courts in several provinces, Pourmohammadi ordered, oversaw, and participated in the systematic purge of dissidents.
In September 1981, Mostafa Pourmohammadi was transferred from Bandar Abbas to Mashhad and became the Attorney General of Khorasan Province.

In the first week of January 1981, several young women were executed in Vakilabad prison in Mashhad. Immediately after the executions, some of the families of the executed girls told their relatives that their daughters had been raped before the executions. Based on the evidence obtained from some relatives, three executed girls, Sima Motalebi, Mandana, and Mitra Mojavarian, were tried and sentenced to death in a few minutes without a lawyer.

A few days after the news of the execution of Mandana and Mitra Mojavarian was announced, a prison guard went to their houses and gave flowers and sweets, saying that the Revolutionary Guards had married their daughters before the execution. Sima also wrote on her leg that “I was raped.”

According to the testimony of two political prisoners, one of whom was tried in September 1981 and the other in January 1981, from September to the end of January, Ali Razini was the Sharia judge. He issued all execution orders for young women. Mostafa Pourmohammadi, as the Revolutionary Prosecutor of the province, supervised all these executions. Pourmohammadi’s human rights abuses reached their peak in the summer of 1988.

Pourmohammadi played a key role during the 1988 massacre of Iranian political prisoners. Over 30,000 political prisoners were executed in a matter of months. Most of the victims were members and supporters of the People’s Mojahedin Organization of Iran (PMOI/MEK).
Hossain-Ali Montazeri, then-successor of Ruhollah Khomeini, revealed that Pourmohammadi was “the representative of the MOIS in charge of questioning prisoners in Evin Prison” during the 1988 massacre. Montazeri described Pourmohammadi as one of the “central figures” in the massacre.

Ruhollah Khomeini issued a fatwa in 1988, ordering the regime authorities to kill dissidents, particularly the MEK supporters and members. Pourmohammadi was quoted on 28 August 2016 by the state-run Tasnim news agency as saying: “God commanded to show no mercy to the nonbelievers because they will not show mercy to you either and there should be no mercy to the [PMOI] because if they could, they would spill your blood, which they did. We are proud to have carried out God’s commandment about the [Mojahedin] and to have stood with strength and fought against the enemies of God and the people.”

He said: “We have not yet settled the score with the MEK. We will discuss these matters after we eliminate them. We are not joking.” Pourmohammadi continued his human rights abuses in the ensuing years by holding top positions in the regime’s judiciary and the MOIS. He was the Minister of Justice of Hassan Rouhani. During Rouhani’s tenure, over 4,000 people were executed. Besides his role in domestic human rights violations, Pourmohammadi also played a key role in assassinating dissidents abroad in the MOIS.

Mostafa Pourmohammadi joined the MOIS in 1987 under then intelligence minister Mohammad Rieshahri. At the age of 29, under Ali Fallahian’s direction of the MOIS, he was named director of the ministry’s counterintelligence directorate. From 1997 to 1998, Pourmohammadi served as the director of the ministry’s foreign directorate.

During that period, he oversaw the assassinations of many dissidents, including Dr. Abdolrahman Ghassemlou, Secretary-General of the Kurdistan Democratic Party of Iran; Kazem Rajavi, a member of the National Council of Resistance; Fereydoun Farrokhzad; and Sadegh Sharafkandi.

In 1998, several prominent Iranian political commentators, writers, and intellectuals were assassinated inside Iran. Dariush and Parvaneh Forouhar were prominent political activists and leaders of the Nation of Iran Party, and Majid Sharif, Mohammad Mokhtari, and Mohammad Jafar Pooyandeh were well-known dissident writers and journalists whom the MOIS murdered inside Iran. Pourmohammadi, as one of the MOIS’s top officials, was involved in these killings, also known as the “Chain murders.” 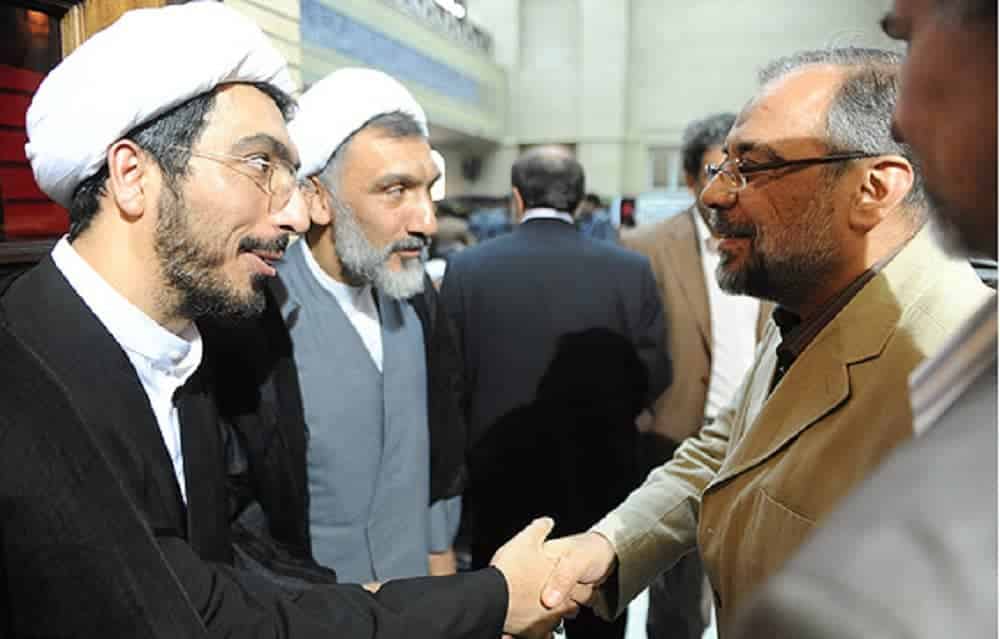 Pourmohammadi continues to serve as an advisor to the regime’s Supreme Leader Ali Khamenei and the judiciary. His blatant defense of killing innocent prisoners during the 1988 massacre and his role in top regime positions since that time confirm that in Iran, under the mullahs’ regime, “systematic impunity” has prevailed over justice.

The recent selection of Ebrahim Raisi, a member of the “Death Commissions,” as the mullahs’ new president signaled the peak of this impunity. Iran’s ongoing executions and tortures represent its devastating effects, made worse by the international community’s inaction.

Previous articleIran News in Brief – September 10, 2021
Next articleWho Is Hossein Amir-Abdollahian: A Diplomat or a Field Agent?