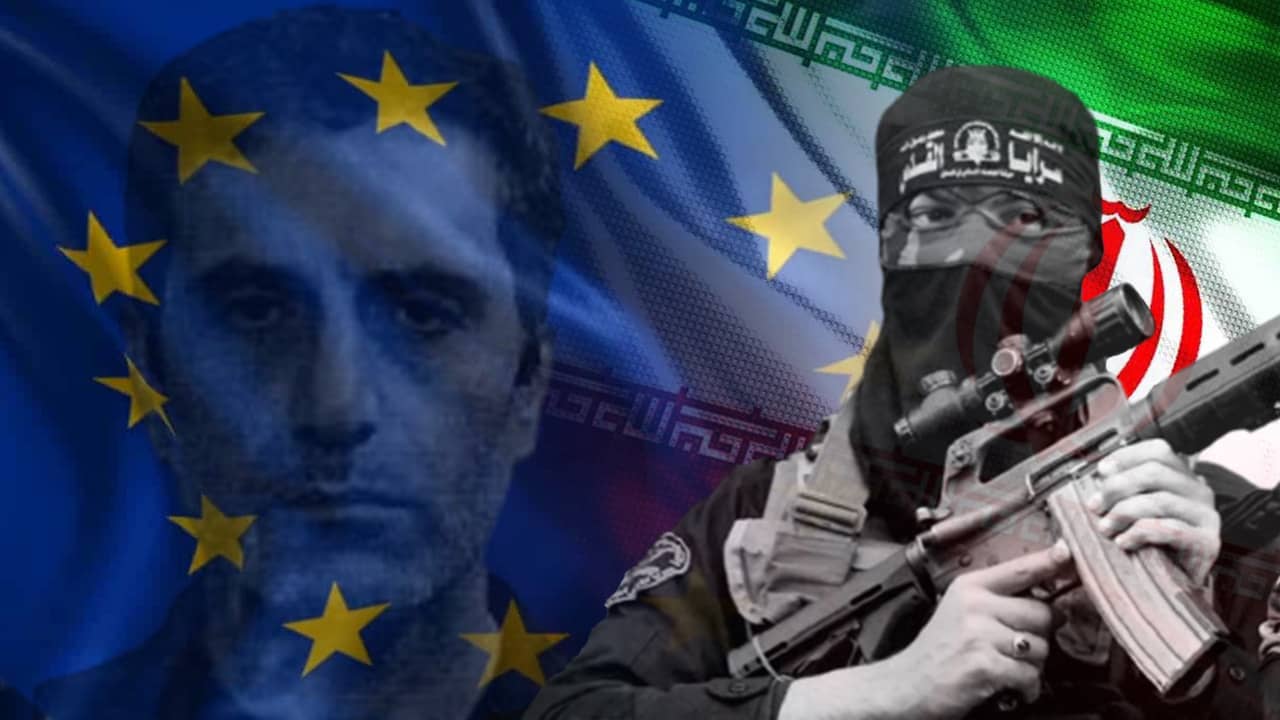 On Friday, a group of British lawmakers issued a statement on behalf of the International Committee of Parliamentarians for a Democratic Iran, in which they expressed frustration with a trend of silence in the wake of an historic court case that concluded earlier in the month with a guilty verdict for an Iranian terrorist who was operating under diplomatic cover.

The statement takes aim at both the leadership of the European Union and the government of the United Kingdom, describing their collective Iran policy as one of “maximum diplomacy” at a time when “maximum pressure” is needed.

All the while, the US has begun to shift away from the “maximum pressure,” strategy since transitioning from the Trump administration to that of his successor, Joe Biden. However, Biden has signaled that he is not willing to resume the suspension of economic sanctions unless the Iranian regime first reverses all steps it took to violate the agreement in a bid to blackmail the international community after Trump pulled out from the deal. The Iranian regime reaction created no sign of resolving, least of all if the UK and the EU refuse to take a clear side and begin exerting pressure in for a correct policy.

This sort of pressure is precisely what was called for in the statement signed by Members of Parliament Bob Blackman, David Jones, and Steve McCabe, and by Lord Alton of Liverpool. The day after that statement was release, Alton sent a separate letter to British Foreign Secretary Dominic Raab, reiterating the message and emphasizing that the UK could play a leading role in pushing its European allies toward a set of policies that help to sustain and expand the maximum pressure strategy.

“A Global Britain must have the courage to take the lead in Europe to address the serious threats of Iran’s state terrorism,” the letter declared before recommending that the government launch investigations of Iranian diplomats in the UK, to determine if any may be engaged in activities similar to those which prompted the court case that concluded on February 4 with a 20 year sentence for the former third counsellor at the Iranian embassy in Vienna.

That diplomat, Assadollah Assadi, was arrested in the summer of 2018 at around the same time as three co-conspirators whom he had enlisted in an attempt to set off explosives at a gathering of Iranian opposition. The event took place in a convention center just outside of Paris, and if it had been thwarted it would have most likely resulted in hundreds of fatalities from the explosion and ensuing stampede.

The prime target of the plot was the Iranian opposition leader Mrs. Maryam Rajavi, who is the president-elect of the National Council of Resistance of Iran (NCRI). Assadi reportedly directed his operatives to position the bomb as close to her as possible when he met with them in Luxembourg to personally hand off the device. The court case also established that it was Assadi who had smuggled the explosives into Europe using a diplomatic pouch on a commercial flight.

The above-mentioned statement and letter rightly emphasize that these activities demonstrate open contempt for human rights and Western security interests, and that the failure to adequately address these activities could embolden the Iranian regime to attempt more of the same. Investigators and prosecutors in Assadi’s case made it clear that he had not been operating on his own initiative but had been directed to launch an attack by authorities high in the regime.

The Iranian Resistance had previously revealed that the regime’s Supreme Leader Ali Khamenei, President Hassan Rouhani, Intelligence Minister Mahmoud Alavi, and crucially, Foreign Minister Mohmmad Javad Zarif were behind the 2018 foiled bombing. This point was taken up by the British lawmakers in crafting their statement, which criticized the EU for sponsoring a Europe-Iran Business Forum from March 1 to 3, at which Zarif is expected to speak alongside the EU’s foreign policy chief Josep Borrell.

This decision “rewards Iran’s state terrorism instead of holding its chief diplomat to account for the terrorist acts committed by his diplomat,” the statement says. Lord Alton’s letter then cautioned the UK against repeating the EU’s mistake: “The UK and its diplomats must refrain from participating in such dangerous diplomatic events and reject any attempt by the EU to glance over or excuse the direct involvement of Iranian state in acts of terrorism.”

More than that, Lord Alton and his colleagues urged both the UK and the EU to demonstrate consequences for the Iranian regime by downgrading the diplomatic relations, severing trade ties, and making a return to the status quo strictly conditional upon Tehran’s commitment to dismantling terrorist networks and never again ordering such a plot on European soil.

The statement pointed to Monday’s meeting of EU foreign ministers in Brussels as a perfect opportunity to set the stage for this course of action. This message was reiterated on the day of that meeting by a larger gathering of Iranian expatriates and their political supporters in Schuman Square, in front of the EU’s headquarters. The demonstration specifically sought to bring additional attention to the Assadi case and the underlying threats that it revealed. Its participants chanted slogans and delivered remarks insisting upon a firm European approach to the regime.

The rally was an accurate reflection of popular sentiment among Iranian communities, and this point was confirmed by an accompanying statement signed by more than 200 Iranian expatriate institutions from 16 different countries. That statement was addressed to European Council President Charles Michel, as well as to Josep Borrell, and it condemned what it called “the inexcusable silence and inaction of Western countries” in the wake of Assadi’s attempt on the lives of hundreds of expatriates.

Members of Iranian Communities Demand EU to Adopt a Firm Iran Policy
The mullahs’ complete disregard for the fundamental rights and freedoms of the #Iranian people, its terrorism directed against dissidents on European soil#Iran https://t.co/4bqhAcEpYJ

The Iranian communities’ statement was released three days after the British statement, which it elaborated upon by connecting the Iranian regime’s foreign terrorism to other issues including domestic human rights abuses. Indeed, both phenomena have accelerated in recent months and years, as the regime has faced increasingly difficult challenges from the Iranian Resistance and its supporters inside Iran.

“Despite the most heinous levels of repression imposed by the regime,” the statement said, the Iranian people “have shown that they seek to overthrow the religious fascism in its entirety.” Since the end of 2017, there have been at least three nationwide uprisings in Iran, including one in November 2019 which flared up in nearly 200 cities and towns before the Revolutionary Guards (IRGC) opened fire on crowds of protesters, killing over 1,500.

The subsequent persistence of domestic unrest is a testament to the opportunity that exists for Western governments to choose the right policy. Quite to the contrary, the risk to Western security would greatly diminish if serious pressure were exerted on the regime for the explicit purpose of supporting the opposition. As a symbolic step in that direction, the Iranian communities’ statement suggests that the EU, its member states, and the UN Security Council “strip the illegitimate and cruel clerical regime of Iran’s seats in the United Nations and other civil international forums. Instead, afford these seats to the representatives of the NCRI as the democratic alternative to the regime.”