Iran: Ebrahim Raisi Is the Greatest Criminal in an Administration Full of Them 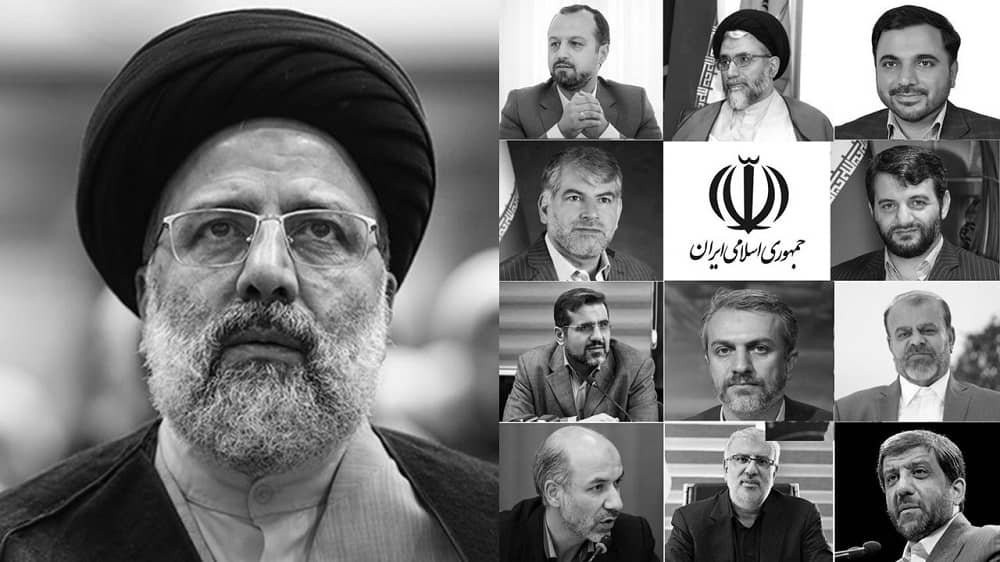 The Iranian regime’s new president, Ebrahim Raisi, has now formally held office for over a month. His administration has fully taken shape with the appointment of notorious criminals to various cabinet positions. Among them are operatives from the Revolutionary Guards (IRGC), including some who are subject to Interpol arrest warrants stemming from their involvement in terrorist attacks on foreign soil in the 1990s. Many have also had sanctions imposed on them by both the United States and the European Union, over a variety of malign activities including terrorism, nuclear proliferation, and human rights violations against the Iranian people.
Mrs. Maryam Rajavi, the President-elect of the National Council of Resistance of Iran, described Raisi’s cabinet as “the embodiment of four decades of mullahs’ religious dictatorship and terrorism, whose primary mission is to confront the people’s uprising, and to plunder the national wealth, step up terrorism and warmongering, and expand the unpatriotic nuclear and ballistic missiles programs.”
But no individual member of Raisi’s cabinet is more infamous than Raisi himself. His dark record of human rights, coupled with the regime’s decades of terrorism and oppression prompted people to boycott the sham presidential election which resulted in Raisi becoming the regime’s president. Even regime authorities acknowledged that less than half of eligible voters took part, while based on the information gathered by the People’s Mojahedin Organization of Iran (PMOI/MEK), the actual turnout was less than ten percent.
The farther-reaching rejection of Raisi’s candidacy was driven by the growth, in recent years, of public awareness about his involvement in the regime’s worst crime against humanity.

Although regime authorities had made a concerted effort for nearly 30 years to keep a veil of silence over its 1988 massacre of political prisoners, that veil was repeatedly pierced by the Iranian Resistance and was lifted almost entirely in 2016 when Ahmad Montazeri released an audio recording made at the time of the massacre by his late father, a former regime official and the only prominent figure to raise an objection to the systematic executions. Hossein Ali Montazeri’s recording confirmed key details of the massacre, many of which had previously been asserted in statements by the NCRI. It condemned fellow regime officials for the execution of children and pregnant women, and it reinforced the statements that Montazeri had made in correspondence with the regime’s founder, Ruhollah Khomenei, regarding a pace of executions that raised the total into the thousands in a matter of only days. Over the years, the Iranian Resistance’s detailed analysis of eyewitness statements and leaked records have established that the overall death toll was over 30,000, comprising a period of about three months.
In a video testimonial published on the NCRI’s website last month, a former Iranian political prisoner by the name of Mahmoud Royaei suggested that even this estimate is a conservative one. He noted that the deputy intelligence minister at the time of the massacre, Reza Malek, named the slightly higher figure of 33,700. Royaei also emphasized that in some political wards and some entire prisons, “there were absolutely no survivors” to give an account of the massacre’s local impact. Amnesty International has repeatedly warned that the opportunity for a full accounting of the massacre is shrinking as the regime systematically destroys the evidence. A number of construction projects have been approved, and some of them completed, at the sites of mass graves where the vast majority of the massacre’s victims were secretly buried. The MEK has identified such sites in at least 36 cities, prompting victims’ families to use some of these as staging grounds for memorials and efforts to demand accountability from the leading perpetrators. But many of these have been made subject to aggressive crackdowns, and regime authorities have harassed many victims’ families in other contexts, too.

In presenting a report on Iran’s human rights situation to the United Nations General Assembly last week, Secretary-General Antonio Guterres highlighted the case of Maryam Akbari Monfared, a political prisoner who has faced worsening abuse since she filed a formal complaint with the judiciary over the 1988 massacre, in which she lost two siblings. Those siblings were members of the PMOI, which became the prime focus of the massacre after being explicitly named in a fatwa by Khomeini.
Following an arrest for participation in the 2009 popular protests, Monfared herself was accused of membership in the organization, justifying her 15-year sentence on the charge of “enmity against God.” That same charge was levied against the PMOI en masse by Khomeini’s fatwa and led to the MEK members accounting for about 90 percent of the executions. Those executions were mechanically ordered and implemented by “death commissions” that were established across the country in the fatwa’s wake. In Tehran, the main death commission was comprised of four individuals including then-deputy prosecutor Ebrahim Raisi.
In video testimonials like Mahmoud Royaei’s, and in a subsequent virtual conference hosted by the NCRI, many survivors of the 1988 massacre recall Raisi being particularly ruthless and particularly enthusiastic in his implementation of Khomenei’s order. In recent years, he has continued to defend that order as conveying “God’s command” of death for members of the PMOI. That sentiment no doubt informed his actions as judiciary chief between March 2019 and his presidential “election.” Now, it will no doubt influence his actions as president, and that fact could have fatal consequences for any number of Iranian activists unless the international community sees fit to intervene.

Iran: A Fatwa Which Took the Life of 30,000 Political Prisoners in 1988 Massacre
As judiciary chief, Raisi oversaw key aspects of the crackdown on dissent following a spontaneous mass uprising that encompassed nearly 200 localities in November 2019. About 1,500 peaceful protesters were shot dead within days of that uprising, and over 12,000 were arrested. Many were then subjected to torture over a period of several months. The judiciary’s brutal policies seemingly helped to secure Raisi’s status as Supreme Leader Ali Khamenei’s sole choice to take over the presidency.
That choice has a wide range of ominous implications. The Iranian people themselves face the most imminent threat from a president who has never had any qualms about the mass killing of dissidents and activists. That threat will be continually amplified for as long as Western powers refuse to hold Raisi and others accountable for those killings at the international level.

Previous articleWho Is Hossein Amir-Abdollahian: A Diplomat or a Field Agent?
Next articleIran’s COVID-19 Crisis: People’s Life Has Become a “Number”