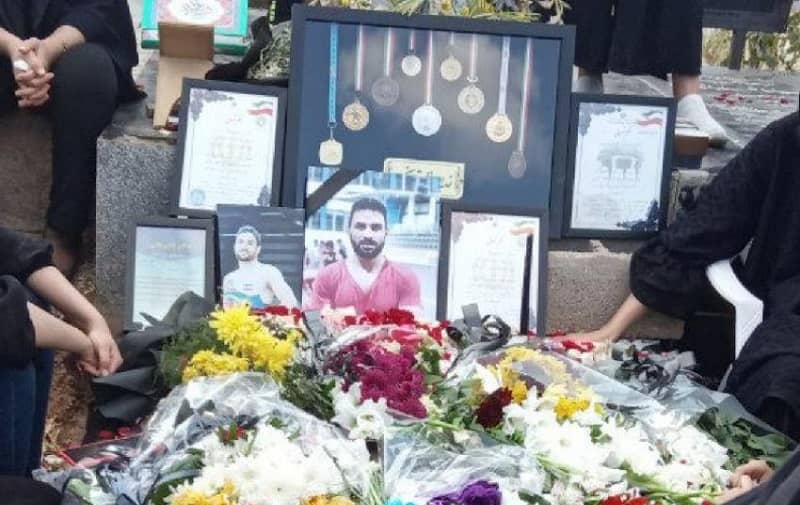 The execution of Navid Afkari, an Iranian wrestling champion arrested during the major Iran protests in 2018, shocked the international community. In an article for United Press International (UPI), former Member of the European Parliament, Mr. Struan Stevenson, described Navid’s execution, despite international outcries against it, as sign of the regime’s desperation and stupidity. He also blasted the European Union’s appeasement policy toward the Iranian regime for not condemning Navid’s death sentence and putting pressure on the Iranian regime to halt it in advance. “The belligerent behavior of the Iranian regime proves that attempts at diplomatic negotiation or appeasement are pointless,” Mr. Stevenson underlined in his article on UPI.

The full text of this article is below:

Iran’s theocratic regime has added stupidity to its long list of deficiencies. Guilty of repression, corruption, terrorism, genocide and gross incompetence, the mullahs have nevertheless succeeded in sinking even lower in the eyes of the international community by executing, on Sept. 12 the 27-year-old champion wrestler Navid Afkari.

Afkari was a political prisoner. He was arrested in Shiraz, Iran, on false charges of murdering a city employee during nationwide protests that took place in 2018. Shiraz, the city of poets, is Iran’s fifth-largest city and was the epicenter of protests when tens of thousands took to the streets in December 2017 and January 2018. Predictably, the mullahs ordered their Gestapo, the Islamic Revolutionary Guards Corps, and the Ministry of Intelligence and Security to crack down on the protesters, shooting dead hundreds and wounding thousands.

Afkari was a hero in Shiraz and renowned throughout Iran for his wrestling skills. He was on the verge of representing Iran internationally. The mullahs have brutally ended his career and his life. There were worldwide calls for clemency from leading sports personalities, politicians, the International Olympic Committee, Amnesty International and even the U.S. president. But ignoring all pleas, the Iranian authorities tortured Navid for weeks into making a false confession. In a smuggled letter, he described how for 50 days he was beaten with sticks and batons on his arms, buttocks and back. He had a plastic bag placed over his head until he almost suffocated. The torturers also poured alcohol up his nose.

#NavidAfkari sent many messages saying he was tortured into confessing 2 crimes he did not commit.
He said, "I’m asking freedom-lovers, regardless of their beliefs, to be my voice…"#نوید_افکاری_را_کشتند pic.twitter.com/IuQwbsNC1n

Had the regime granted clemency to this young sportsman, the arch-appeasers in Europe and elsewhere would have praised their compassion and redoubled their efforts to negotiate a diplomatic settlement to the mullahs’ jihadist nuclear ambitions. But in their stupidity, the mullahs could not fathom such an outcome.

The 2017-18 protests were followed by a nationwide uprising in November 2019, when the IRGC and MOIS killed a further 1,500 unarmed protesters and wounded over 12,000. Many of the wounded were hauled from their hospital beds and dragged to prisons across Iran. Terrified of another revolution that could sweep them from power, the mullahs decided to make an example of Afkari. His execution has sent out the message to Iran’s huge and youthful population: “Try to overthrow our regime and we will kill you.” His judicial murder by the mullahs has caused outrage throughout Iran and worldwide and will never be forgotten or forgiven by the Iranian people.

Afkari’s two brothers were also arrested during the 2018 protests. The Shiraz Criminal Court sentenced Vahid and Habib Afkari to 74 lashes and 54 years and 27 years imprisonment, respectively. They will also be suffering severe torture in Iran’s medieval prisons.

But as the crisis in Iran escalates, it is worth reassessing the position of Europe’s appeasers. There have been one or two sporadic remonstrations against the regime for hanging Afkari. A European Union foreign affairs spokesman, Peter Stano, issued a statement, saying “The European Union condemns this execution in the strongest terms.” However, there was an ominous silence from the EU’s top diplomat, Josep Borrell, the high representative for foreign affairs and security. Borrell’s first visit after landing the top EU job was to fly to Tehran, to glad-hand the mullahs. He has been at the forefront of European attempts to reinstate former U.S. President Barack Obama’s failed nuclear deal ever since.

Obama’s nuclear deal was a grave error from day one. It forbade inspectors from the International Atomic Energy Agency from inspecting any sites controlled by the military inside Iran. Virtually all of the clerical regime’s secret nuclear program was being developed in military sites and still is, so the deal was fatally flawed from the outset. Exploiting the weakness that has characterized Europe’s groveling attitude to their medieval regime, the mullahs have intensified their efforts to undermine U.S. President Donald Trump’s maximum pressure campaign.

Britain, France and Germany also seem determined to carve out their place as Europe’s leading appeasers. The three countries have rejected America’s proposal to reimpose sanctions on Iran, including an arms embargo, that were lifted as part of the nuclear deal. Trump, who had criticized what he described as “the worst deal in history” even before he entered the White House, unilaterally withdrew America from the deal. He imposed a tough string of sanctions against the regime in Iran as part of his “maximum pressure campaign,” and he ordered the drone strike that took out the top IRGC Quds Force terrorist commander Gen. Qassem Soleimani.

In mid-August, the U.S. Secretary of State Mike Pompeo applied to the United Nations Security Council to have the arms embargo, due to expire in October, reimposed on Iran. But, with the help of abstentions by Britain, France and Germany, the Security Council refused, prompting Pompeo to up the ante by declaring America’s intention to implement the “snapback” procedure enshrined in the deal. If Pompeo gets his way with the snapback mechanism, it would spell the end of the deeply flawed nuclear deal and any chance of a possible military dimension.

It would also probably spell the end of the clerical regime, now teetering on the verge of extinction following the collapse in oil prices, the U.S. maximum pressure campaign and the ineptly handled coronavirus pandemic, which, reliable sources inside Iran claim, has accounted for over 106,000 deaths.

Eighty million Iranians, the majority of whom struggle to survive on daily incomes below the international poverty line, are demanding regime change and the restoration of freedom, justice and democracy to their impoverished nation. They have had enough of the mullahs and they look to the West for support. They will regard the restoration of arms sales and the removal of sanctions as an act of sickening betrayal. But distinguishing friends from enemies is a skill sadly absent in Europe today, at least in the context of a policy toward Iran.

Borrell must openly condemn the mullahs for the execution of Navid Afkari. He should be joined in that condemnation by Britain, France and Germany and the other European appeasers, who should immediately close all Iran’s embassies and expel their terrorist proxies.

The belligerent behavior of the Iranian regime proves that attempts at diplomatic negotiation or appeasement are pointless. Navid Afkari’s execution, despite international protests, is a disgrace and once again demonstrates why the leaders of this fascist theocracy must be indicted for crimes against humanity and held accountable in the international criminal courts.